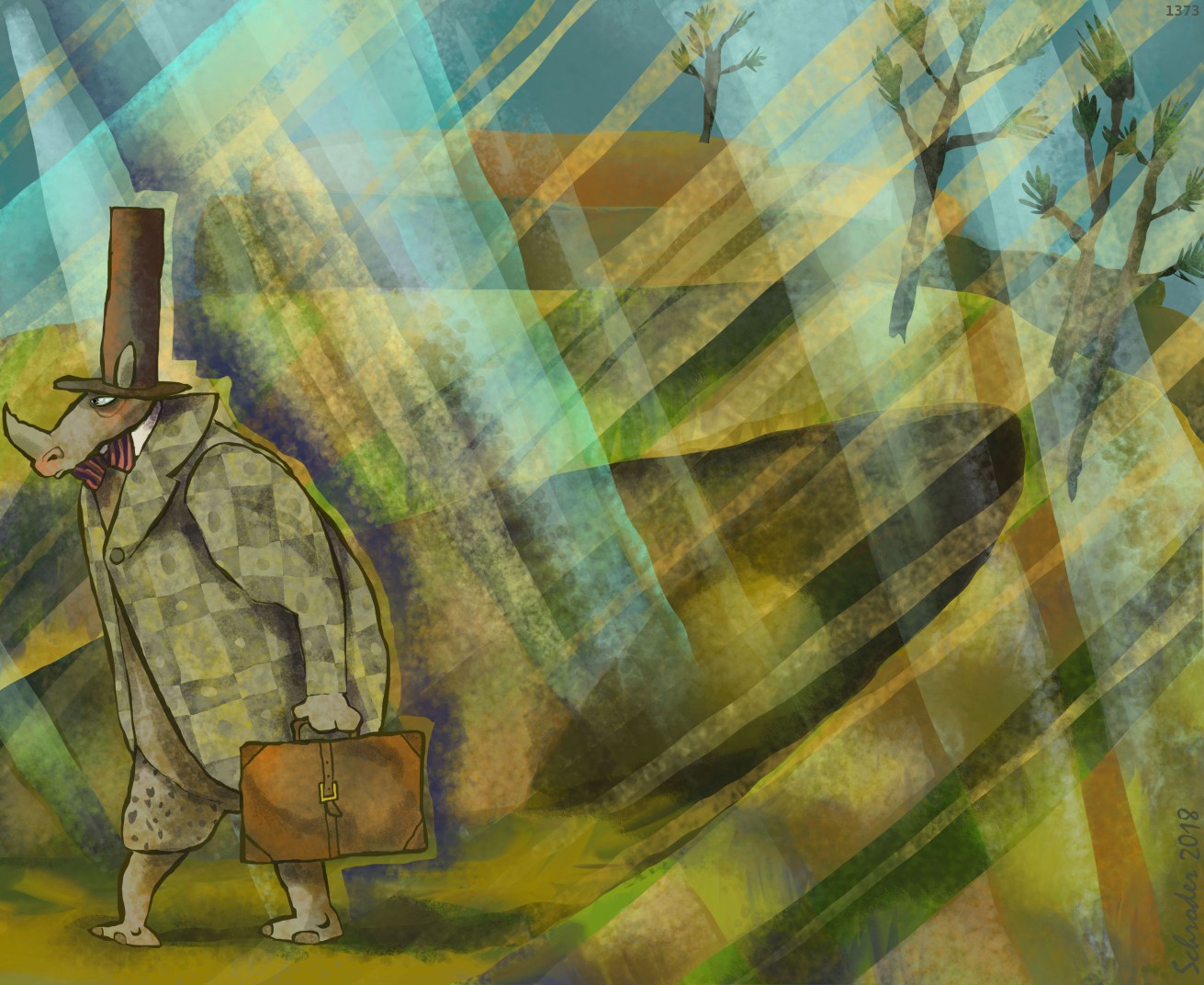 Now or Then, a Rhino simply knows it’s time to wrap it up, and move out. That Rhino responds to the Call of Nature, wherever events lead. Hesitation does not come into play.

Today YIR salutes Mr. Lyonel Feininger, born 1871. He was both a German-American Impressionist painter and a cartoonist. We like his work.

3 thoughts on “Get your coat, and get your hat…”