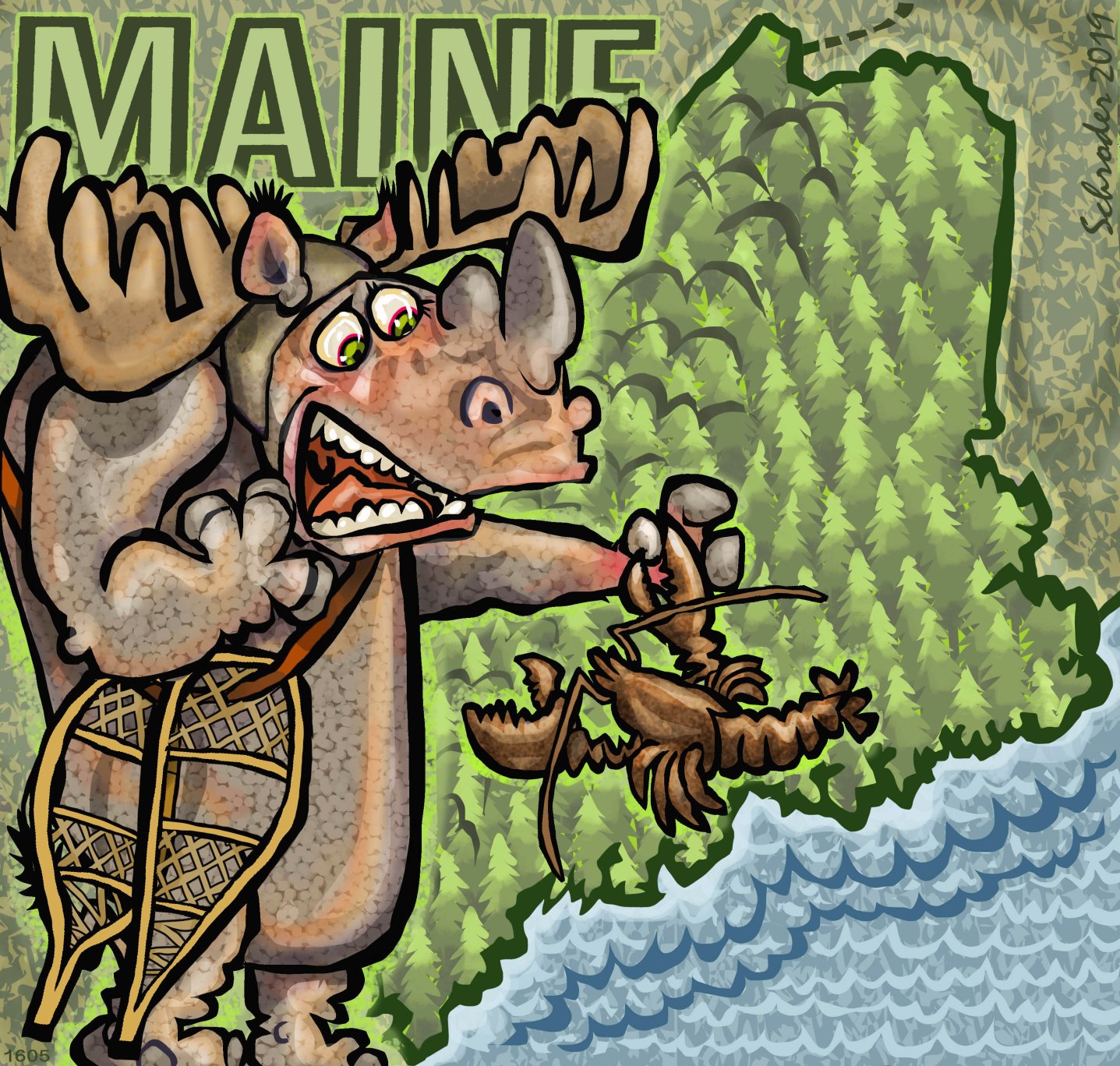 March 15, Maine was admitted officially to the Union in 1820. Most of the folks live near the coast. Per Square Mile, Maine has the lowest population density east of the Mississippi.

It is called The Pine Tree State, for obvious reasons. Plus it has more Lighthouses than any other state, and We can’t ever have too many of them! That is because the coast is mighty rugged, so boats need the help.

Maine is large and has mostly Wilderness, which in our Rhino opinion, makes it rich indeed.