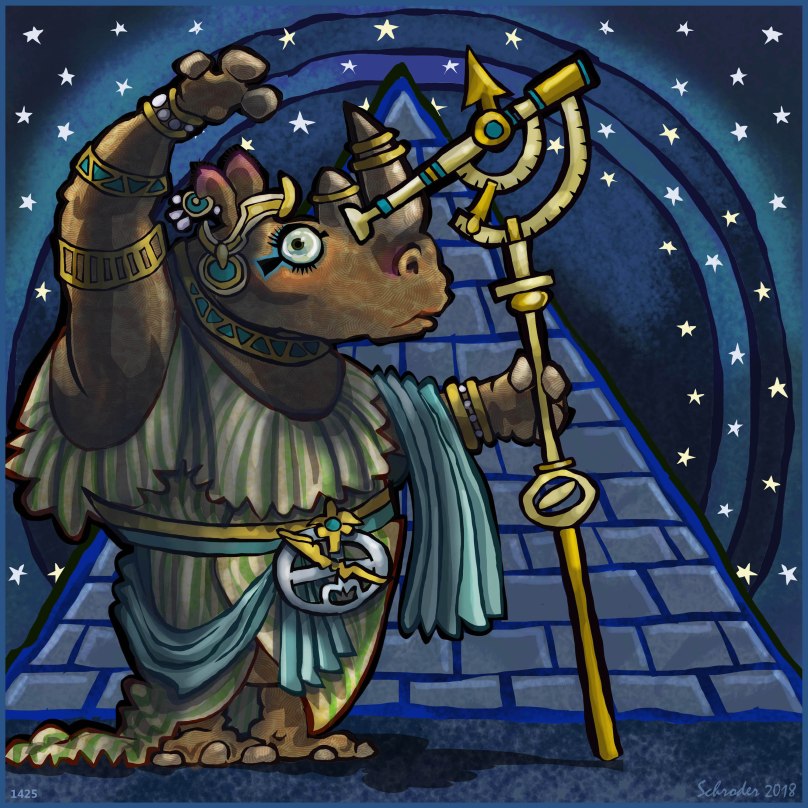 Hypatia was a 4th century specialist in philosophy, mathematics, and astrology. She lived in Egypt and was highly regarded, being the first female mathematician about whom much is known today.

Unhappily, nothing she wrote is directly known, though she had quite a reputation among philosophers of her day.

We hail Hypatia’s achievements, despite the fact that We Rhinos never much understood her.