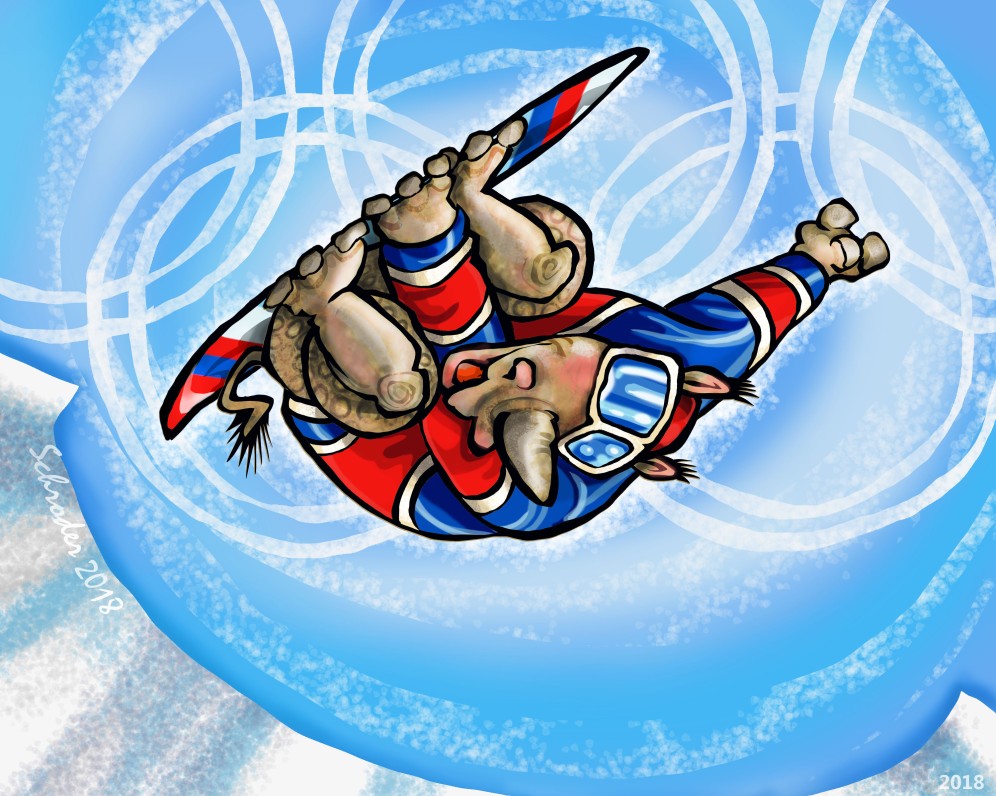 Your Inner Rhino wants to hail the athletes at the Winter Games. If their efforts defy Logic, they certainly define Audacity. And a little of that is a good thing, We’d say. Every now and then.

We would also like to acknowledge all the contestants We did not see, not only in PyeongChang but also around the world. The Olympic Accomplishment  is determined by the mass of athletes, not by the winners. All the athletes are competing with their own possibility, ultimately.

At least, that’s how We Rhinos see it. The Victory is in the effort to Excel.