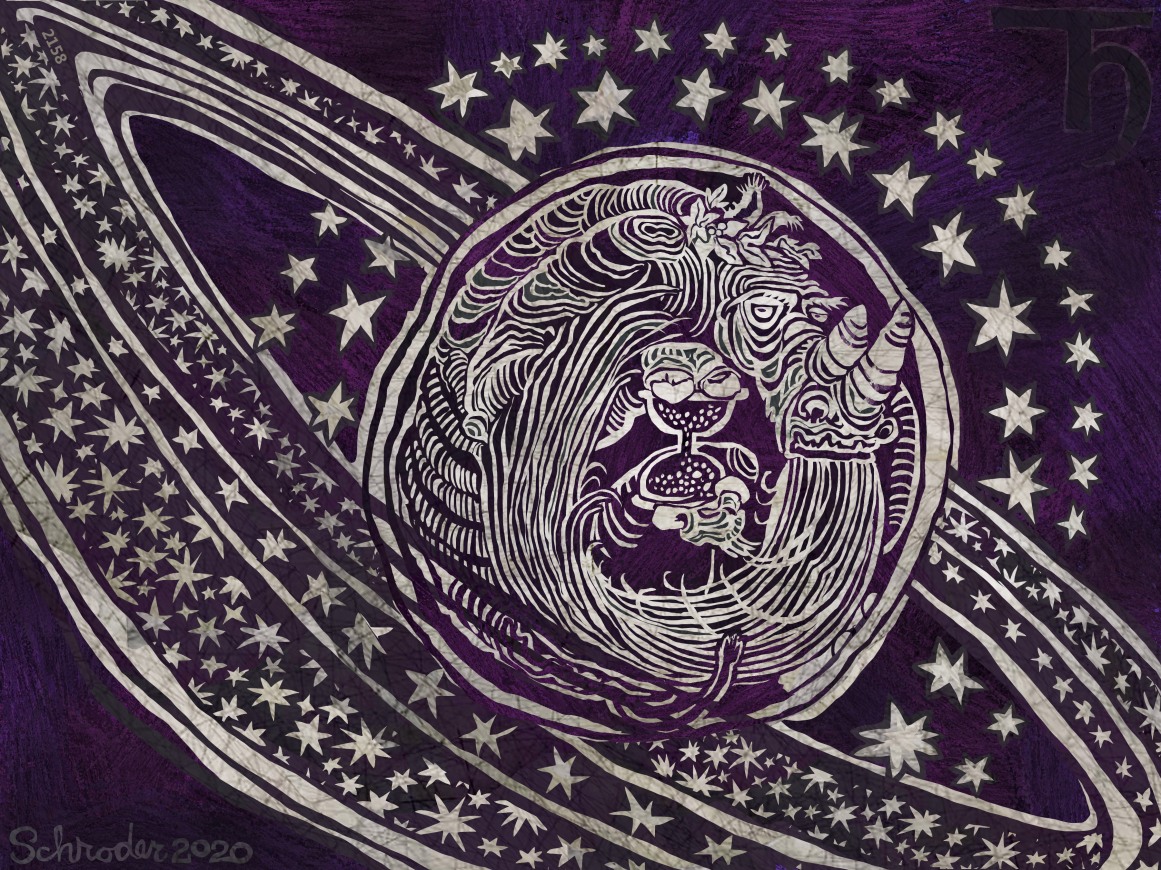 Saturday is named after the Roman god, Saturn. It is the only day of the week not named for a Norse diety.

Saturn himself had a twisty history, starting out as Cronus, a Titan for the ancient Greeks. Having castrated his father, Cronus ate his own children, though Zeus escaped. Finally Chronus went off to be king, and ruled over a Golden Age. He is best known today as Father Time. Very busy.

Then the Romans adopted Cronus, giving him a new name. Saturn is also a gloomy guy, understandably. How much confusion can one character take?