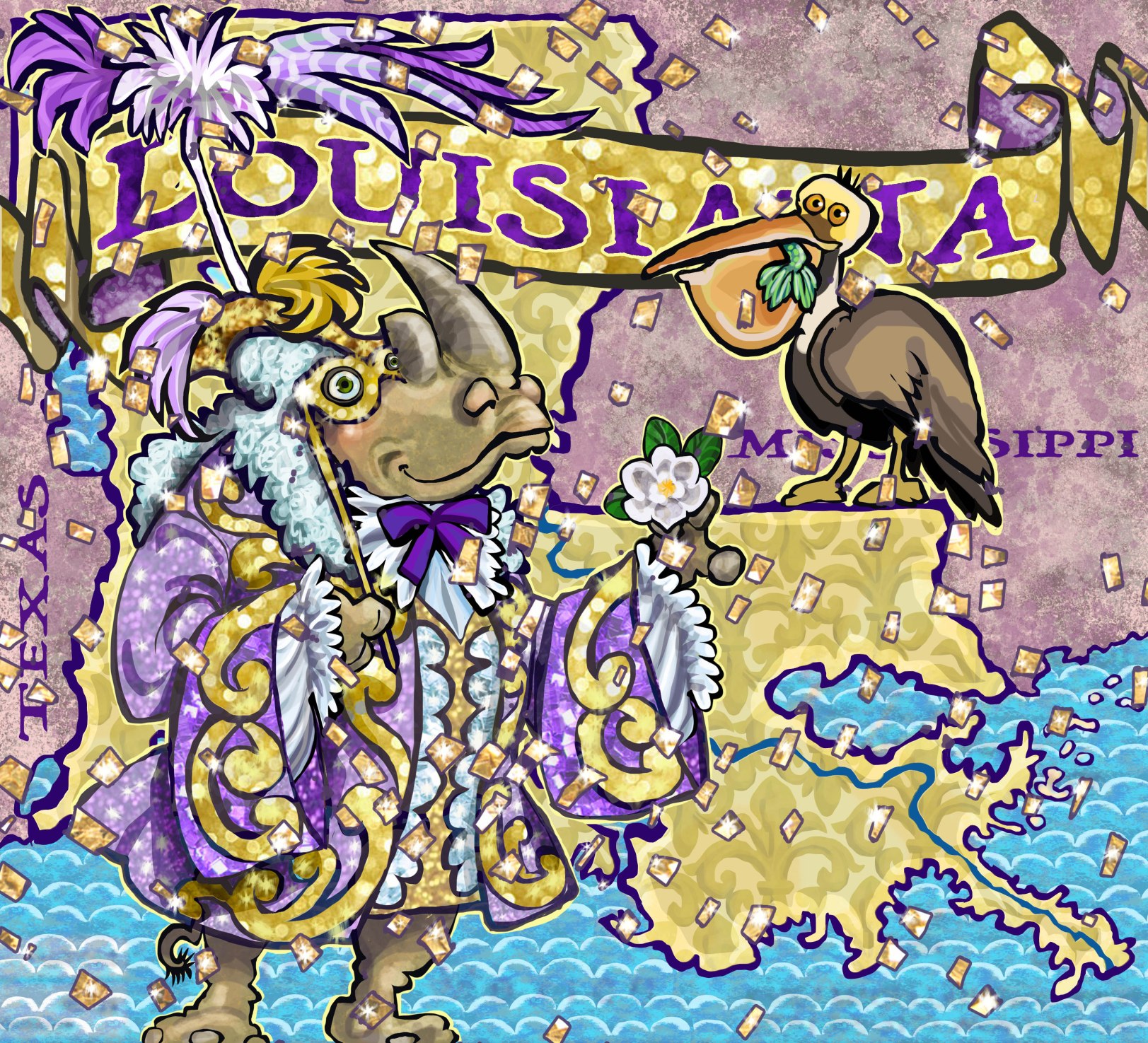 Louisiana, which became a State in 1812, was originally a segment of the Louisiana Purchase. Prior to that, it was “owned” by France, whose king was Louis XIV. Thus, Louisiana.

Louisiana has a rich and varied cultural history, too bizarre and complex for ‘Your Inner Rhino’ to explicate here. (Or anywhere else.)

One big thing to recall about Louisiana is that it is a Major Party State, earning it lots of points with Us Rhinos. Rhinos like confetti.